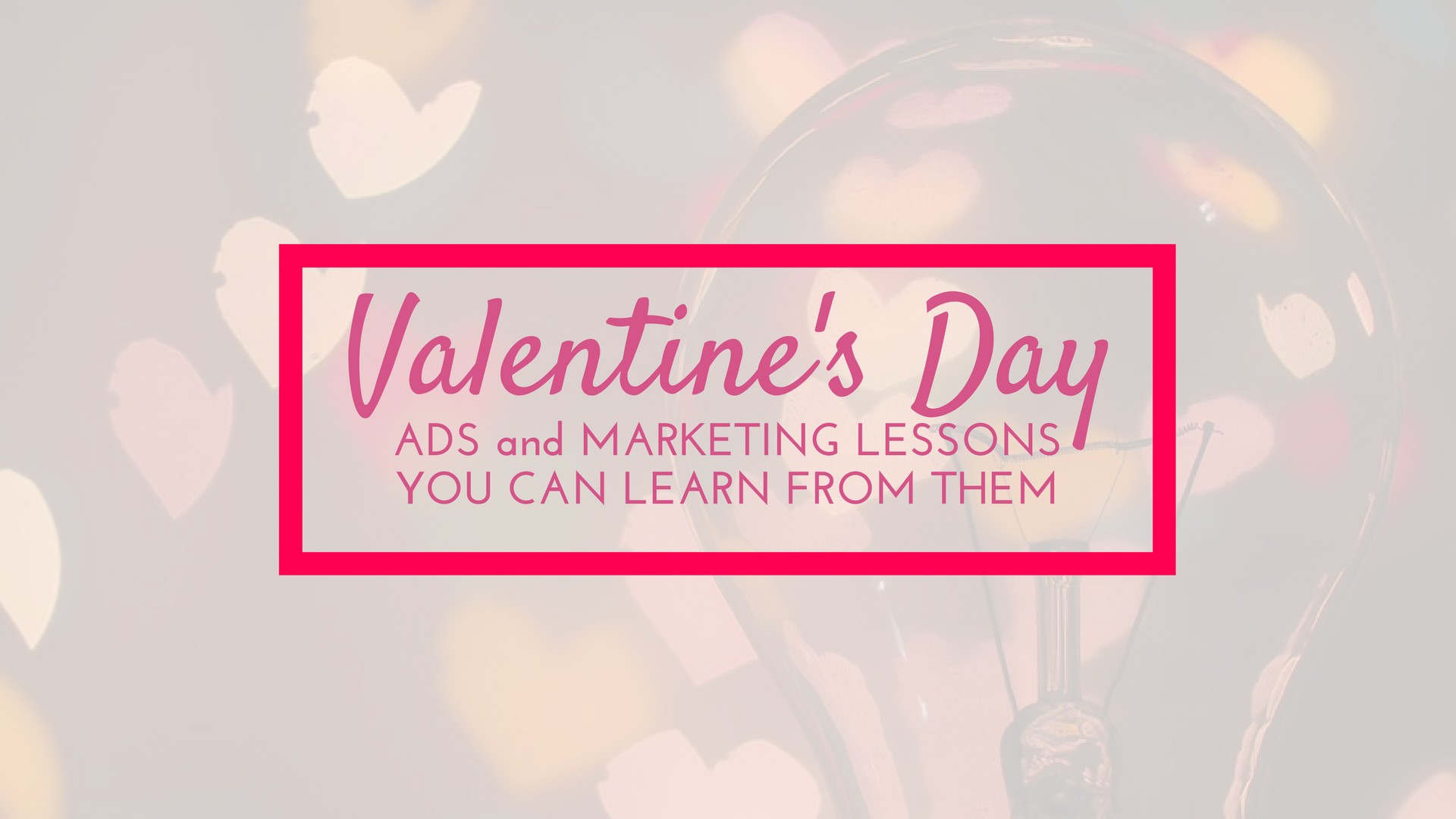 Every love month, marketers go the extra mile to reach potential customers with their ads. And, with these Valentine’s Day ads from big and small brands alike, we can surely learn a thing or two marketing lessons.

It’s that time of the year again when people become love-stricken – when flowers, cards, candle-lit dinners, chocolates, and romance fills the atmosphere. To join in on the “love” holiday, content creators and marketing companies alike go the extra mile and capitalize on the love-stricken market for their marketing campaigns and ads.

We’ve rounded up some of the most memorable Valentine’s Day campaigns and ads which can teach us a thing or two about effective marketing:

For this year’s Valentine holiday, BBDO Toronto created a love story for Take Note, a pen and stationery retailer. In this ad with already more than 21 thousand views on YouTube, a love story is told through the use of handwritten notes and messages using Take Note’s products. It tells a realistic life and love story of a couple from their meeting to their old age.

These days, people are drawn to ads they can identify and relate with. In Take Note’s Valentine spot, it tugged the heartstrings of its viewers and potential customers with the tale of Rob and Tina which shows the reality couples go through at the course of their lives. More than that, it has imprinted an impact to their audience even after watching the commercial.

Take Note’s Valentine spot has been effective in telling a story and telling others the beauty of the long forgotten way of sending messages which is through writing notes.

WestJet’s #WestJetLove commercial with already 1.5 million views on YouTube today was one of the most popular love month campaigns in 2015. It shows how WestJet flew two lucky couples to Barbados and let its viewers watch how their love stories and surprise proposals come to life on screen. This move resulted in a personal, tear-jerking, and beautiful ad.

One marketing lesson you can take from WestJet’s Valentine commercial is placing greater importance on building more personal relationships with your customers more than merely selling them your products or services. This type of marketing campaign shows the human and personal side of your brand which is more attractive and appealing to consumers.

In 2016, one of the Valentine’s Day commercials that made a mark was Netflix’s 500 Hours Binge for Love. It tells a story of a man who fell in love and binge-watched a Netflix series just to impress the woman he likes. Although it only gained 65 thousand views on YouTube, it has successfully promoted Netflix and the then new series; Orange is the New Black.

First, this advertisement tapped a relatable situation its audience could identify with – a guy going absurd lengths to impress someone he likes by learning and liking her interests. Second, this Valentine ad capitalized on popular culture by the use and modification of a popular song, the concept of binge-watching TV shows, and its brand’s cultural cache.

Netflix’s 2016 Valentine’s Day campaign showed a unique take on relatable love stories without being too obvious in promoting its brand and its new television series.

Although Google’s love-related ad wasn’t released exactly on Valentine’s Day, it was deemed as one of the best ads ever. It tells a love story of how an American finds love in the city of Paris through Google searches. Google’s Parisian Love already has 7.8 million views on YouTube to date. Its simplicity yet creative storytelling makes it an unforgettable ad.

Google’s ad focused on the lives of its customers by crafting a story they could relate to. Through the ad, people remembered their own similar experiences making the ad appeal to them in a more personal manner. Even after eight years of being aired, Google’s Parisian Love still continues to resonate with the people – making it one of the best advertisements ever.

Google’s Parisian Love showed how Google Search played a huge part in the love story in the ad, and how it can also play a huge part in its users’ life and love stories.

The Story of Sarah and Juan

With already 20+ million views on YouTube alone and numerous shares over other social media sites, Extra Gum will always be remembered with its 2015 romantic commercial, The Story of Sarah and Juan. It follows the love story of Sarah and Juan who met, fallen in love, and got engaged and how Extra Gum played a huge role in their romantic story.

Extra Gum effectively promoted their chewing gum through a sweet and romantic love story of a girl, a guy, and a stick of gum. By crafting a story that gave its audience countless feels, they have promoted their product without being too obvious. This beautiful love story didn’t only appeal to the masses; it also caught the attention of popular personalities as well.

With love as one of the topics that never gets outdated, it’s great to capitalize when creating ads. However, it has to tug the audience’s heartstrings to be remembered.

The next time you craft an ad for your brand, take a lesson or two from the above Valentine’s Day ads. Happy love month!