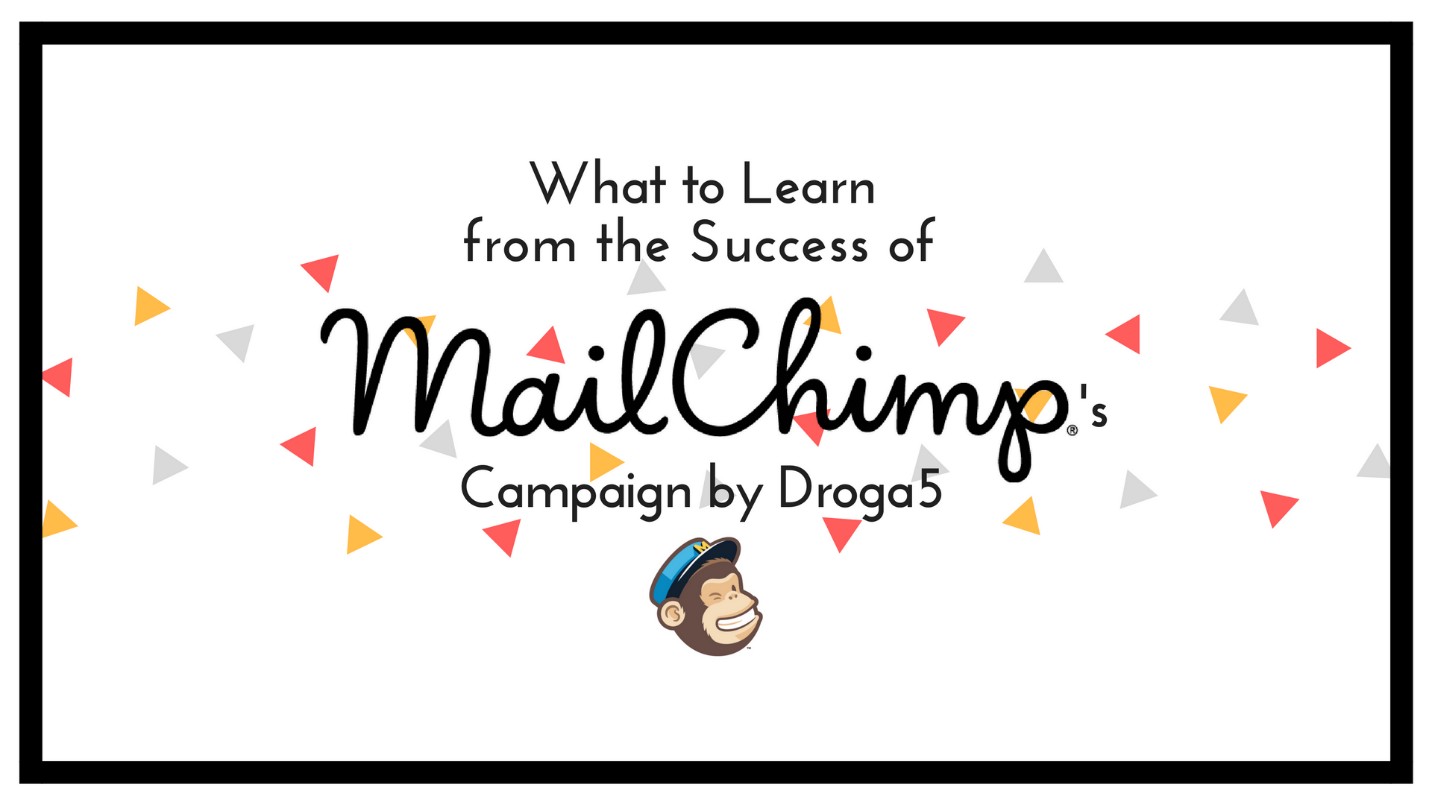 MailChimp won the marketing game once again. With its “Did You Mean …?” campaign by Droga5, they pulled off yet another brilliant way to increase awareness of the brand without obviously doing so.

Early this year, three bizarre yet mesmerizing short films were released, namely: MailShrimp, JailBlimp, and KaleLimp. They even had their own websites, YouTube channels, and all which sparked the curiosity and interest of everyone and made people wonder what exactly is going on.

Apparently, these short films were all part of MailChimp’s much bigger campaign with Droga5. After watching the films, people became both confused and curious. Their curiosity lead them to look for more information about the short films which eventually directed them to MailChimp.

Following the release of the three short films, MailChimp also rolled out new unique trends and products including FailChips, SnailPrimp, WhaleSynth, NailChamp, and MaleCrimp – which eventually lead to MailChimp. Although not too obvious, all of these random brands and trends features the MailChimp monkey, and logo. All were part of a huge campaign solely for MailChimp.

Each of these trends and products have their own websites which all uses the MailChimp logo. More so, all of their websites have a footer that introduces the brand as MailChimp. Smooth move!

How It All Started

Way back in 2014, a 20-second ad for MailChimp runs at the beginning of each episode of the podcast Serial. The audio ad focused on MailChimp’s now-famous mispronunciation, MailKimp.

From the successful MailKimp ad which translated to actual people signing up for MailChimp, MailChimp with Droga5 capitalized on the success of the MailKimp ad and thought of a bunch of stuff that sounds like MailChimp this 2017; thus, the birth of the “Did You Mean …?”

What We Can Learn

May it be a marketing failure or success, there are surely lessons you can make use of in your campaigns. With that, here are five marketing lessons we’ve learned from MailChimp’s success:

Never be afraid to try going the non-traditional route.

Droga5 thought of new ways to advertise MailChimp and didn’t limit themselves with the traditional ways of advertising. They weren’t afraid to take on a new route and think of something novel, weird, and intriguing, yet effective.

Who would have thought that bizarre fake films, weird trends, and unusual lines of products can advertise an email marketing platform, right? Droga5’s campaign for MailChimp took the brand to a bigger stage, and it’s successful.

Capitalize and improve your past successful ads.

The 2014 MailKimp is a huge hit in itself. But, capitalizing it for another ad three years later, was surprisingly a bigger hit. From the famous mispronunciation of MailChimp that is MailKimp, the much bigger “Did You Mean …?” campaign was born – all with the creative direction of Droga5.

Know your audience and target their interests.

Droga5 didn’t blindly devise unique and weird ads for MailChimp’s campaign. First thing they did was research on the current trends and cultures of their audience. They figured out where exactly their audience is and devise something relatable and interesting within those cultural spaces.

They capitalized on weird trends such as anti-aging snail facials and products, outlandish nail art designs, and male hair crimping during the New York Fashion Week; and related them to today’s culture – thus, the birth of SnailPrimp, NailChamp, and MaleCrimp. What a bright idea, right?

Give birth to original concepts and ideas.

Besides crafting a marketing campaign that plays off the name of MailChimp, Droga5 really put their heads in the marketing game by creating new products, films, and trends that can already stand on their own. Although they were different from each other, MailChimp still connects them.

Who would have thought that a potato chip product can market an email marketing platform, right? Well, MailChimp successfully did it with a line of pre-crushed potato chips named FailChips. If anyone will look closely on the FailChips website and packaging, they will see MailChimp’s logo.

Focus on building relationships, rather than merely selling.

MailChimp believes that building relationships with their customers, fans, and anyone else is more important than merely making their brand known. Once the customer relationship is built, the leads and sales eventually follows.

In their campaign, MailChimp lead their audience through a process. They didn’t blatantly sell their product; they gave their audience an experience of discovering MailChimp through the ads. They were more concerned of showing who MailChimp is rather than of what people call them.

The overall success of this ambitious plan for MailChimp’s campaign can be credited to Droga5, PHD, Riff Raff Films, The Directors Bureau, The Sacred Egg, JUCO, Company Resn, and more.

How about you? What other marketing lessons have you learned from MailChimp’s successful campaign? Feel free to share them in the comment section below.